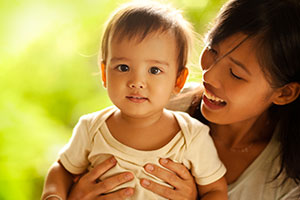 Genetic tests are an exciting new tool in health care, but they raise many questions. With a few drops of blood, a genetic test can show if an individual has specific genes that may increase the chance of developing certain diseases. If doctors identify individuals who have disease-causing genes, sometimes they can offer earlier, effective treatment – even if no cure exists.

More genetic tests are becoming available, raising questions about who should be tested, whether tests should be done when no effective treatment exists, and whether the US government should store citizens’ DNA for research. Genetic testing also raises concerns about the privacy of a person’s health information and the potential for discrimination based upon test results.

Advances in genetic testing have led to the idea of DNA biobanks. A biobank is a collection of DNA from a group of individuals in the population, linked to other information about health such as medical records. DNA biobanks will allow the government to track health data, and to contact individuals in the future when new treatment and prevention strategies become available. The United Kingdom has recently established a national government-sponsored DNA biobank, and as a result has identified important genes related to diabetes and Crohn’s disease. The Genomics and Personalized Medicine Act, introduced in Congress in August 2006, proposes a similar government-sponsored DNA biobank in the United States.

It is unclear how the US population feels about a DNA biobank, or how the public’s general attitudes about genetic testing might influence public biobank support. The C.S. Mott Children’s Hospital National Poll on Children’s Health asked adults about their willingness to store their own or their child’s DNA in a governmentsponsored DNA biobank. The Poll also examined the public’s attitudes toward genetic testing for both adults and children.

When Should Genetic Testing Be Done?

Poll respondents were asked to imagine that a genetic test exists for a disease without a current treatment. Parents were asked whether they would store their child’s DNA in government-sponsored DNA biobank, in case future treatments become available.

Most parents (82%) were consistent in their attitudes – whether positive or negative – about storing their own and their children’s DNA. 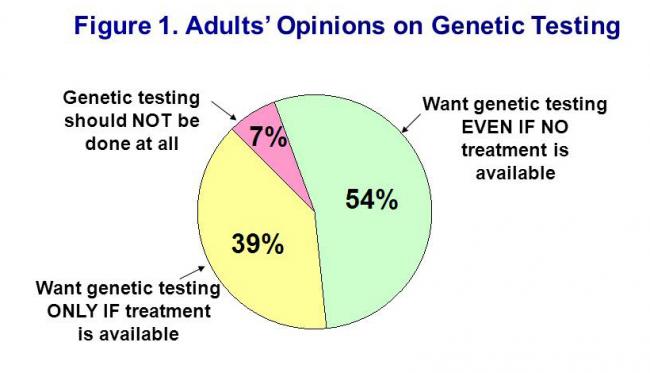 In this nationwide household poll, we found that 38% of the US public is willing to have DNA (whether their own or their children’s) stored in a government-sponsored biobank. The potential for biobanks to alert individuals with risks for genetic disorders and connect them with early prevention and treatment options depends a great deal on the breadth of public participation. These findings therefore raise the question: Would participation of 38% of the population be enough to make a biobank successful, in terms of yielding benefits for individuals and the population? As a point of comparison, the DNA biobank in the United Kingdom has a participation rate of 10% to date.

Reluctance to participate in a DNA biobank may reflect concerns about the potential for such information to lead to genetic discrimination that might affect a person’s ability to get a job or be covered by health insurance. The Genetic Information Nondiscrimination Act, currently being considered by Congress to prevent such discrimination, may be a crucial step in helping to ease public fears about participation in DNA biobanks, and about genetic testing overall.

Respondents’ attitudes about DNA biobank participation were related to their attitudes about genetic testing even when effective treatment does not exist. Those who want genetic tests despite a lack of current effective treatment options may have more optimism about future medical breakthroughs. They may hold greater hope that their – and their children’s – participation in a DNA biobank can contribute to individual benefits and collective advances in medical care.

For Americans who are more reluctant about genetic tests and DNA biobanks, concerns about privacy and uncertainty of genetic test results may outweigh the benefits they perceive for themselves and their families. Another consideration is that broad introduction of genetic testing into general clinical care will require careful selection of tests, quality control of tests available to the public, and education of patients and health care providers about interpretation of results. 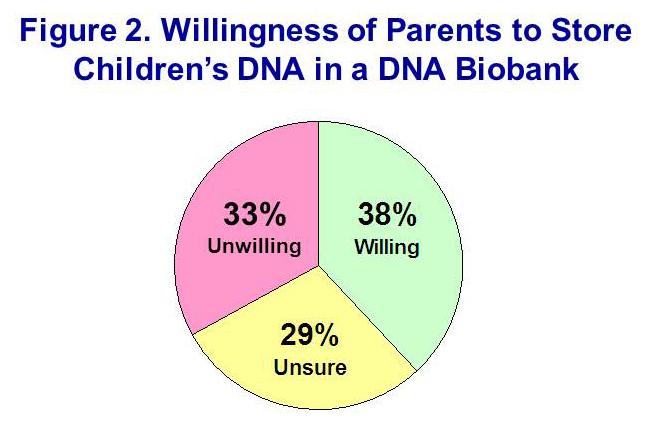