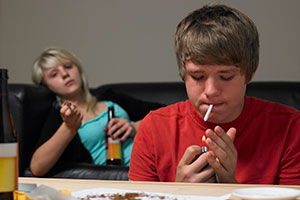 Drug abuse and alcohol abuse are two of the top 10 health concerns for kids in the eyes of the public, as measured in the most recent Poll from the C.S. Mott Children’s Hospital National Poll on Children’s Health.  One-third of parents believe drug abuse is a big problem for children and teens in their own communities, while one-fifth of parents believe alcohol abuse is a big problem.

Data from the latest Monitoring the Future study reports that 28% of 10th graders have used marijuana and 52% of 10th graders have drunk alcohol within the last year.  In May 2011, the C.S. Mott Children’s Hospital National Poll on Children’s Health asked parents of teens about their perceptions of marijuana and alcohol use among teens overall and for their own teens.

Parents’ Perceptions of Their Own Teens’ Use

Parents’ Overestimates of Other Teens’ Use

Black and Hispanic respondents were more likely than white and other respondents to overestimate the proportion of teens using marijuana.  There were no differences by race/ethnicity in parents’ accuracy regarding alcohol.

Adults’ perceptions about teen drug and alcohol use shape their levels of concern about children’s health.  In this poll, we found that many parents of teens overestimate teens’ marijuana and alcohol use at the national level, while very few of these same parents believe that their 13- to 17-year-old kids are using these substances.

Public overestimates of use may reflect a high degree of concern about alcohol and drug use and long-term health problems that can result when substance use begins in the teen years.  These results may also indicate that the public is uninformed about patterns of teen substance use—supported strikingly by our finding that parents believe their own teens’ use is very low, even while they estimate overall use rates for kids of the same age are very high.

Together, these results underscore the potential value of educational campaigns for the public about teen substance use—reaching out to teens, parents and other adults, to encourage better communication and shared information.

This report presents findings from a nationally representative household survey conducted exclusively by Knowledge Networks, Inc. (KN), for C.S. Mott Children’s Hospital via a method used in many published studies.  The survey was administered in May 2011 to a randomly selected, stratified group of parents age 18 and older (n=667) with a child age 13-17 from the KN standing panel that closely resembles the U.S. population.  The sample was subsequently weighted to reflect population figures from the Census Bureau.  The survey completion rate was 54% among parent panel members contacted to participate.  The margin of sampling error is ± 2 to 5 percentage points. 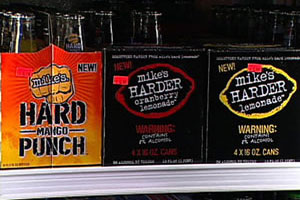