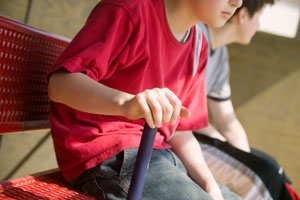 School budget challenges have resulted in deep funding cuts for middle and high school sports. In response, many school districts now charge fees for athletic participation. These “pay-to-play” fees are a flat charge per year or per number of sports; parents often pay additional team fees, as well as other costs such as equipment and transportation. There is little information about how increasing the cost of school sports for families may affect participation.

In January 2012, the C.S. Mott Children’s Hospital National Poll on Children’s Health asked a national sample of parents of children in middle or high school (age 12-17 years) about participation in and costs of school sports. 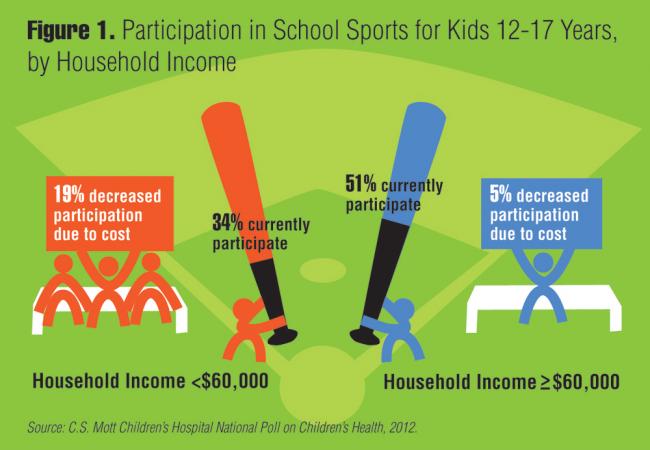 Each year, millions of US teens play competitive sports through their middle and high schools. Results from this National Poll on Children’s Health indicate that during the 2011-12 school year, nearly two-thirds of students playing school sports had a pay-to-play fee requirement, with an average pay-to-play fee of over $90. Moreover, pay-to-play fees comprise just a portion of the overall costs of school sports.

In this Poll, only 6% of school sports participants received a waiver of the pay-to-play fees. Waiver policies vary widely. In some districts, students who qualify for the federal free or reduced lunch program are automatically given waivers for pay-to-play fees. However, such policies would miss working families who earn too much for free/reduced lunch, but not enough to afford additional fees for sports.

School sports offer many benefits: higher school achievement, lower dropout rates, improved health, and the development of teamwork, problem-solving skills, and enhanced self-confidence. Findings from this Poll are a cautionary tale for those who administer middle and high school sports programs. Pay-to-play programs should be implemented carefully, to ensure that all teens have an equitable chance to benefit from participating in school sports.

This report presents findings from a nationally representative household survey conducted exclusively by Knowledge Networks, Inc. (KN), for C.S. Mott Children’s Hospital via a method used in many published studies. The survey was administered in January 2012 to a randomly selected, stratified group of parents of children age 12-17 (n=814) from the KN standing panel that closely resembles the U.S. population. The sample was subsequently weighted to reflect population figures from the Census Bureau. The survey completion rate was 60% among panel members contacted to participate. The margin of error is ± 3 to 7 percentage points.