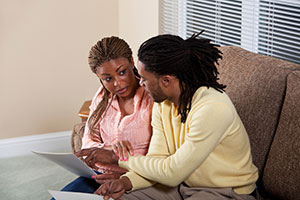 Working families are facing major economic challenges: layoffs, wage freezes, losses in retirement and savings accounts. To explore whether economic difficulties were having an effect in the area of health insurance, the C.S. Mott Children’s Hospital National Poll on Children’s Health asked parents about their concerns related to their children’s private health insurance (typically purchased/provided through a parent’s employer).

Parents expressed substantial concerns about private health insurance for their children. Their major concerns are with out-of-pocket costs (costs not fully covered by the plan) and the with the cost of the premium and deductible (Figure 1.)

While these concerns were found across all demographic groups, they are of greatest concern among working-class families with incomes between $30,000 and $59,999. For families in this income group, concerns are higher for 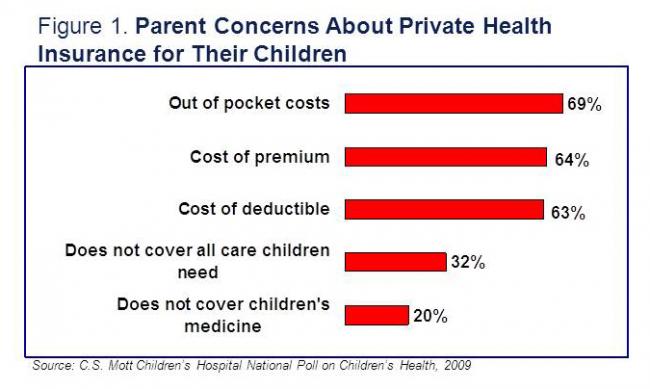 Health care reform in the U.S. typically focuses on improving coverage for the uninsured. This year is no different, with the recent expansion of the Child Health Insurance Program.

However, this National Poll on Children’s Health shows an overwhelming level of parental concern related to private health insurance for their children. Clearly, private insurance does not offer the protection and peace of mind it once did for American families. Concerns about costs and coverage are particularly important in the current economic climate, where many families have limited resources for medical care.

Government officials and employers should look for opportunities to monitor and address key concerns related to private health insurance for children.

This report presents findings from a nationally representative household survey conducted exclusively by Knowledge Networks, Inc, for C.S. Mott Children’s Hospital via a method used in many published studies. The survey was administered in January, 2009 to a randomly selected, stratified group of adults aged 18 and older (n=2,132) with and without children from the Knowledge Networks standing panel that closely resembles the U.S. population. The sample was subsequently weighted to reflect population figures from the Census Bureau. The survey completion rate was 64% among panel members contacted to participate. The margin of sampling error is plus or minus 3 to 7 percentage points, depending on the question. 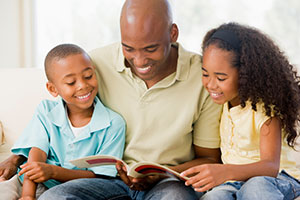 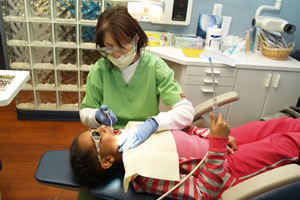 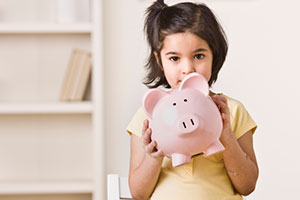