Smoking has consistently been rated at or near the top of the list of health problems for kids from the perspective of adults (not just parents).  However, in 2015 concern about smoking and tobacco use dropped from #4 in 2014 to #7 in 2015.

Differences in Perceptions of “Big Problems” by Race/Ethnicity 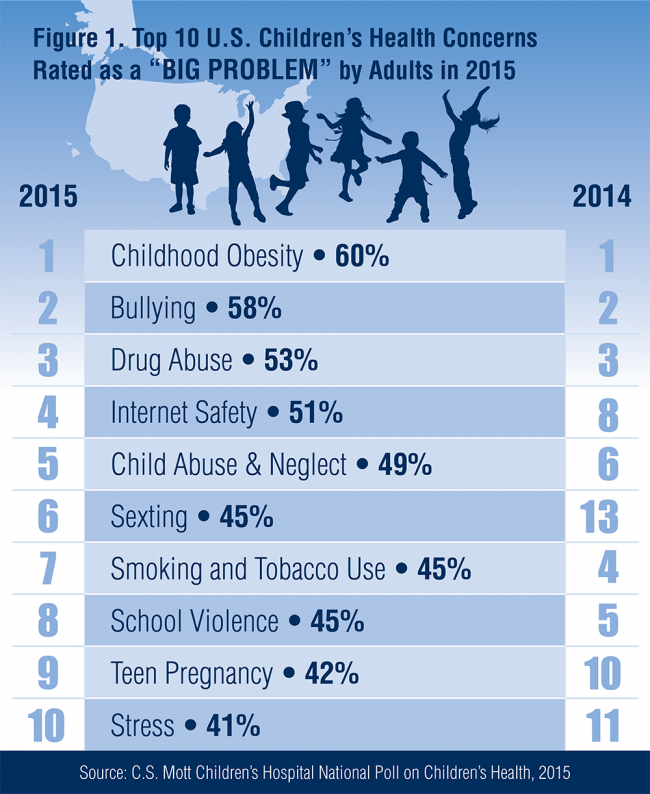 As the National Poll on Children’s Health measures the views of adults in the U.S. about child health issues each year, different pictures emerge about the greatest concerns of communities.  Challenges such as obesity, bullying, and drug abuse remain the top three “big problems” for children’s health for the second year in a row.  However, adults from different racial/ethnic groups see many other health problems facing children in their communities quite differently.  This is a reminder that programs that use a “one-size-fits-all” approach may not be successful in addressing communities’ child health concerns.  Instead, taking differences in community perceptions into account can be a key to successful connections with communities and their concerns.

Another major finding is that Internet safety increased as a concern for children’s health from 2014 to this year.  The perception of Internet safety as a major concern, along with rising concerns about sexting for children’s health, reflect growing public perception that youth access to the media environment in 2015 includes risks that worry many members of the public.

Moreover, we found this year that providing information about the number of children affected by specific health problems can change how the public perceives them.  For the quite different problems of hunger and infant mortality, providing the latest available data led more respondents to rate them as a “big problem” than before they had seen the data.  This suggests that levels of public concern may be affected by providing reliable information in a format that is easy to understand. 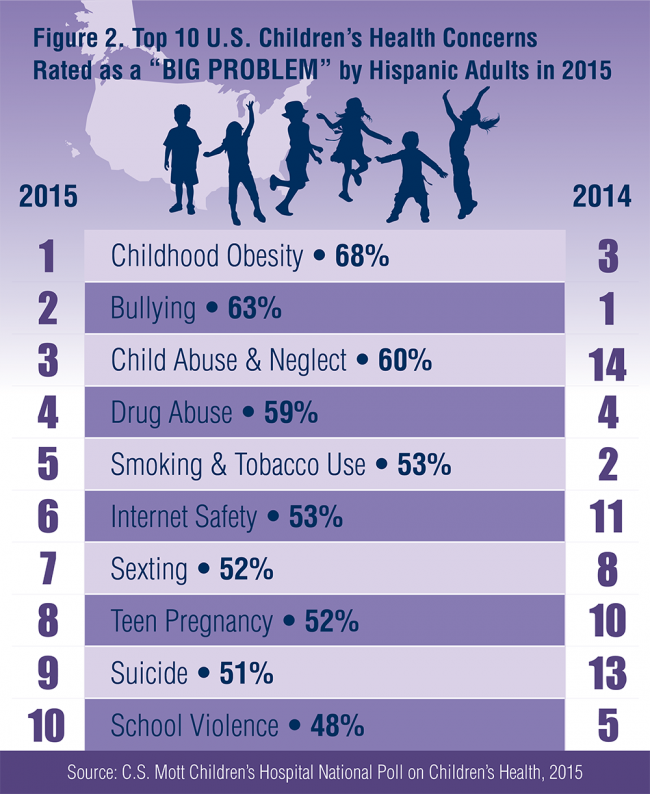 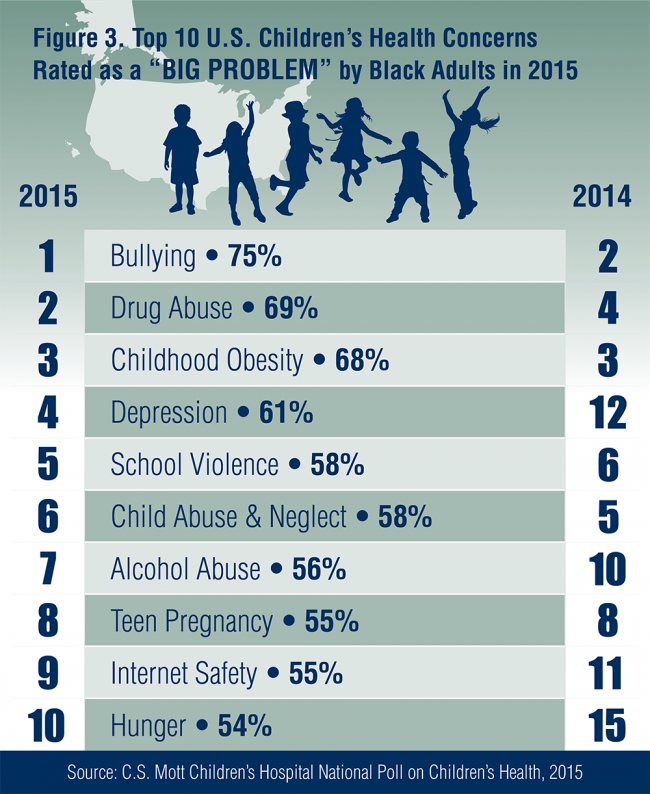 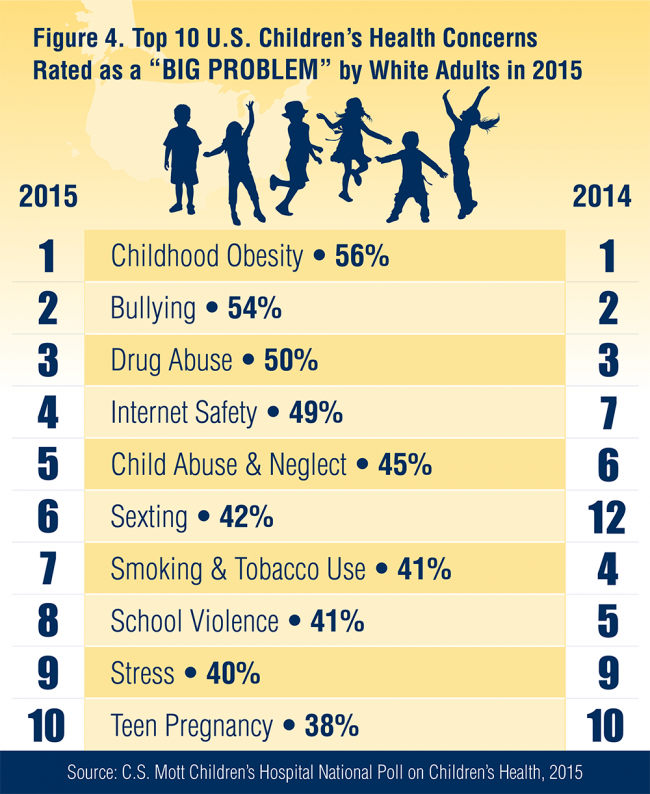 This report presents findings from a nationally representative household survey conducted exclusively by GfK Custom Research, LLC (GfK), for C.S. Mott Children’s Hospital via a method used in many published studies.  The survey was administered in May 2015 to a randomly selected, stratified group of adults age 18 and older (n=1,982) from GfK’s web-enabled KnowledgePanel® that closely resembles the U.S. population. The sample was subsequently weighted to reflect population figures from the Census Bureau. The survey completion rate was 60% among the panel members contacted to participate. The margin of error is ± 3 to 4 percentage points. 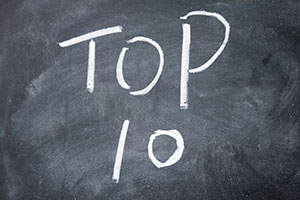