Listening to the people: Bans on sale of powdered alcohol

According to the CDC, alcohol is the most commonly abused drug among youth in the United States and is responsible for approximately 4,300 deaths among underage youth each year. This week’s blog for National Safety Month looks back at a 2015 NPCH Report about powdered alcohol.

Powdered alcohol has now been banned in over 30 states due to concerns that it may cause serious harm to underage youth. This week, the American Medical Association announced a policy in favor of federal and state laws banning the sale of powdered alcohol in the US, mentioning concerns of the dangers it could pose to minors due to its appeal and availability. Proponents of the product, however, say that it will be regulated like liquid alcohol, and that a ban on powdered alcohol may increase demand among youth for the product. 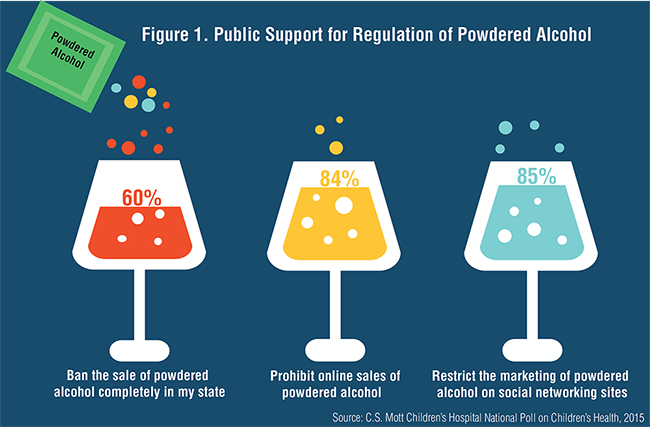