Back to school, back to sleep? Schools reevaluate early start times

Recognizing the unique biorhythms of adolescents,  the American Academy of Pediatrics released a statement recommending middle and high schools start no earlier than 8:30 a.m. to allow teens to have sufficient hours for sleep.

In response, many school districts have reevaluated their starting times. Some school districts – most recently, the Seattle Public Schools – have delayed middle and high school start times until 8:45 a.m., to mixed reaction. Typically, bus routes and after-school activity schedules needed significant changes to accommodate the change in start time. In some instances, elementary schools were moved to early start times, creating child care or transportation challenges for families. 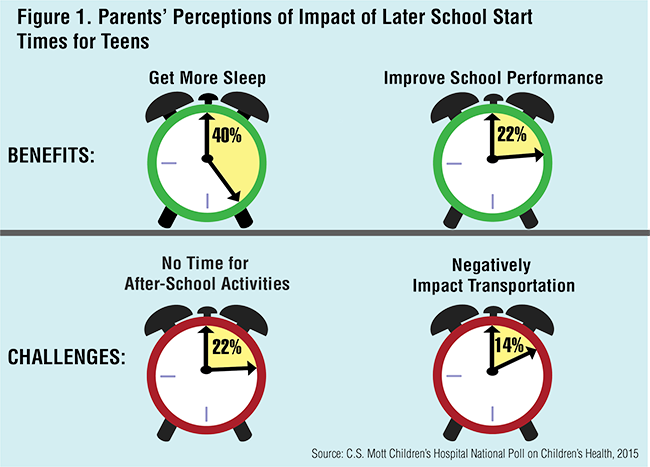 What do you think?
Do teens need to start school later in the morning? Would a time change cause challenges for your family? Share your thoughts with us on Twitter @csmottpoll.