September is National Preparedness Month, a reminder to think whether you are prepared for an emergency situation. Many young children spend a large part of their day outside the home – but do parents know about emergency plans for their child’s daycare center or preschool? 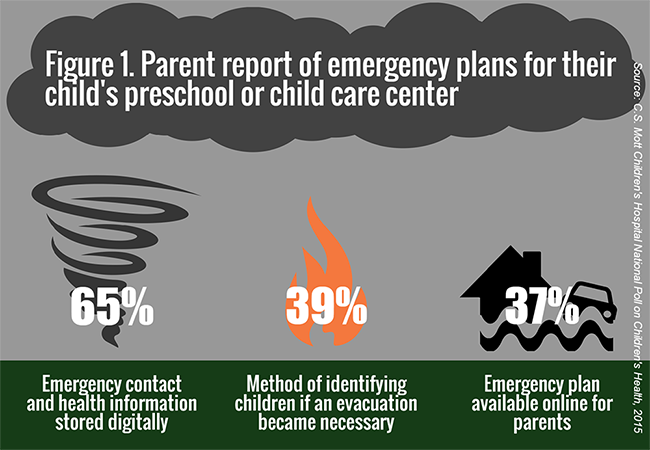 The American Academy of Pediatrics has outlined specific policies for child care centers and preschools for emergency preparedness, and has focused on the need for accessible, written evacuation plans for specific disasters and emergency events. If you are unsure of the emergency plan at your child’s center or school, ask your child’s teacher. It’s not enough that staff know the emergency plan—parents need to know the plan too.

What do you think?
Do you know the emergency plan at your child’s center or preschool? Share your thoughts in the comments and on Facebook and Twitter @csmottpoll.