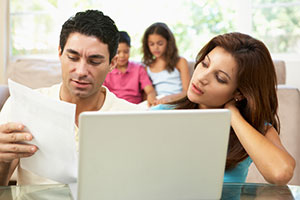 Last year, consumer alerts were issued about two very serious health threats to young children. Cough and cold medicines should not be given to children under 2 years of age due to potentially serious side effects. Because of new research, these medicines were removed from store shelves in 2007, but millions of families already had them in their homes. Also, several different imported toys were recalled for containing toxic levels of lead, after many had been purchased.

Both situations left parents in the position of having to act on new information to safeguard children. This raises the question: Are consumer alerts enough to protect children from serious health consequences? New consumer product safety bills related to toys are now pending at the federal level, and more than 25 states have proposed their own legislation to increase safety for children. Some proposed bills include fining companies that sell tainted toys and hiring  inspectors to monitor toys for lead content.

In December 2007, the C.S. Mott Children’s Hospital National Poll on Children’s Health asked parents about consumer alerts that are especially relevant to families with young children. Among parents of children age 3 years or younger, 14% had not heard of consumer alerts concerning the risks of cough and cold medications for young children, while larger proportions had both heard of this consumer alert and said it affected their family, or had heard but did not think it affected their family (Figure 1).

Among parents of children age 3 or younger who said that the consumer alerts on cough and cold medicines affected their families:

Alerts about Lead Paint in Toys

Among parents with children aged 3 years or younger who said that consumer alerts on toy safety affected their families:

All adults (parents and non-parents) were asked to give their opinions concerning proposed consumer safety laws that are currently being considered at the national level (Figure 3). Support was very strong for each of the proposed laws, with more than 9 out of 10 adults favoring each of them. Even among respondents who believe the government is doing the right amount to keep children’s products safe, over 90% support these new consumer protection ideas. 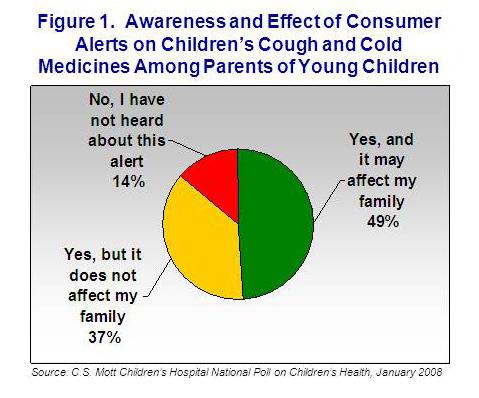 When authorities become aware that consumer products are unsafe, alerts or product recalls alone are rarely sufficient to safeguard the public’s health. Consumer alerts serve a critically important purpose — to inform the public of dangerous items and allow them to take appropriate actions to protect themselves and their families. But consumer alerts may not be enough to safeguard children.

In this poll, we found that although most families of young children had heard recent consumer alerts and many said they were affected by the alerts, about 1 in every 7 households with young children was not aware of alerts about cough and cold medicines for children under 2 years. This information gap is alarming, given the potential seriousness of medical problems caused by these products. This gap could be addressed by issuing alerts to the public through  non-traditional channels, such as cell phone providers (via messaging) or email networks.

As many states consider implementing new product safety laws to help safeguard children’s health, Congress is also considering new legislation. Our results  indicate that new product safety bills will have extraordinarily strong support, from 9 out of 10 eligible voters. Although more than one-third of adults think the government is currently doing the right amount to ensure product safety for kids, the call for stronger consumer protection through new safety certification requirements, source nation labeling, and penalties for violators is also widely supported by this group. To reduce risks to children, the public overwhelmingly favors putting more safeguards in place before products reach the shelves. 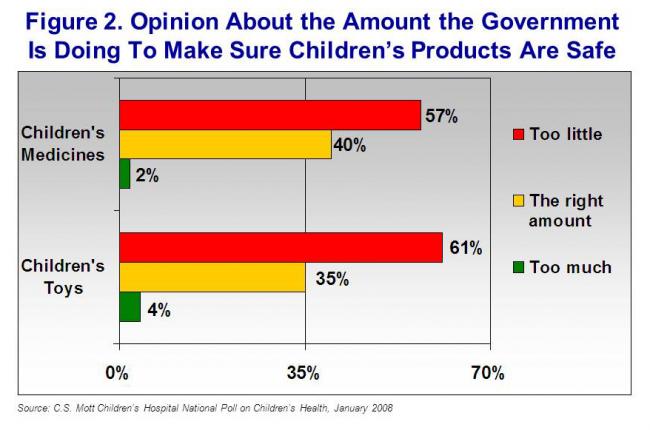 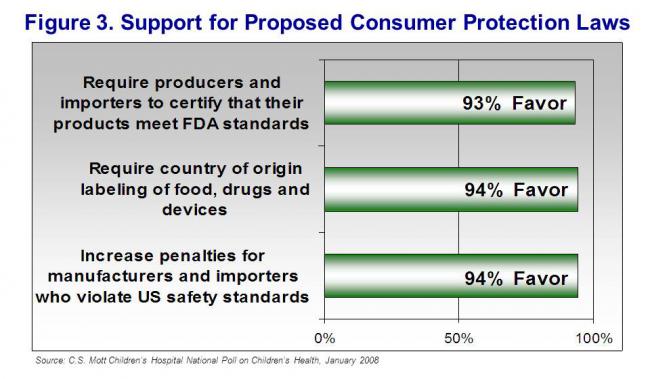 This report presents findings from a nationally representative household survey conducted exclusively by Knowledge Networks, Inc, for C.S. Mott Children’s Hospital via a method used in many published studies. The survey was administered from Dec 6, 2007 - Jan 4, 2008, to a randomly selected, stratified group of adults aged 18 and older (n=2,131) with and without children from the Knowledge Networks standing panel that closely resembles the U.S. population. The  sample was subsequently weighted to reflect population figures from the Census Bureau. About three-fourths of the sample were parents, who included 438 parents with children 3 and younger. The survey completion rate was 64% among panel members contacted to participate.