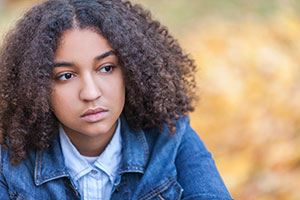 When the 2016 Top 10 results are presented separately by the racial/ethnic groups of the adults responding, bullying is the #1 concern among black and Hispanic adults, and #2 among white adults. However, the poll shows some key differences across racial/ethnic groups: 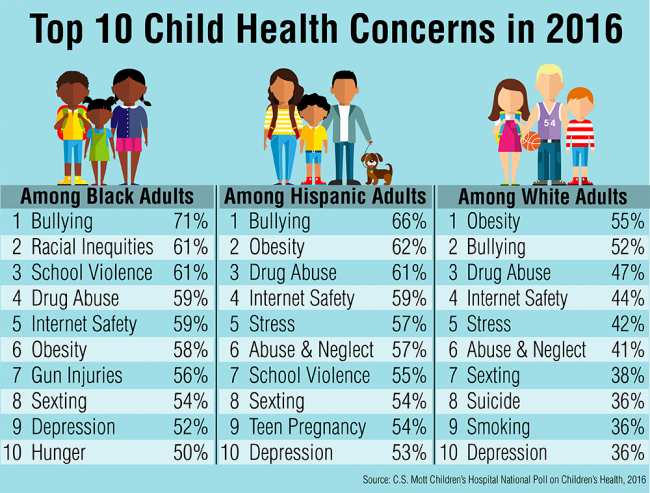 This 10th annual Top 10 survey reveals key differences across racial/ethnic groups in the issues viewed as “big problems” for children – reflecting how contemporary topics vary in importance to different communities.

Comparing the Top 10 lists across racial/ethnic groups helps to illustrate this point. For black adults, the emergence of racial inequities, school violence and gun injuries in the Top 10 mirrors national attention regarding the safety of black youth. The presence of teen pregnancy as a Top 10 child health concern among Hispanic adults may reflect cultural attitudes unique to that group. For white adults, the presence of suicide at #8 reflects the importance of this mental health issue, relative to other concerns.

Black and Hispanic adults were more likely than white adults to rate all topics as a “big problem” for US children and teens. But the magnitude of the difference varied, from large differences in black vs white views of racial inequities as child health concerns, to fairly similar ratings of suicide.

This year, several Top 10 concerns directly relate to the mental health of children. Concerns about bullying, stress, suicide and depression reflect increased attention to the complexities that affect many aspects of childhood including school performance, peer and family relationships, and successful transition to adulthood. Mental health issues can also increase children’s risk for obesity, drug abuse, and other health problems. The broad recognition of mental health as a key child health concern supports the importance of ensuring access to mental health services for all US children. 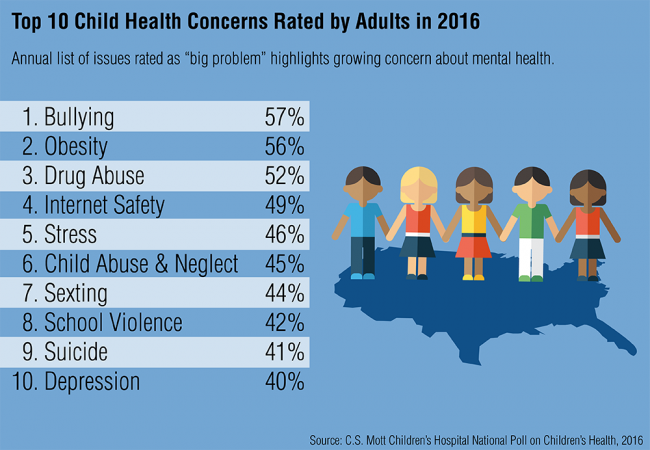 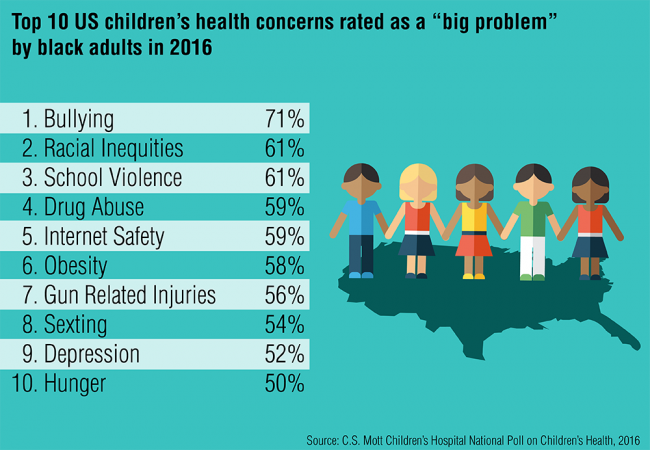 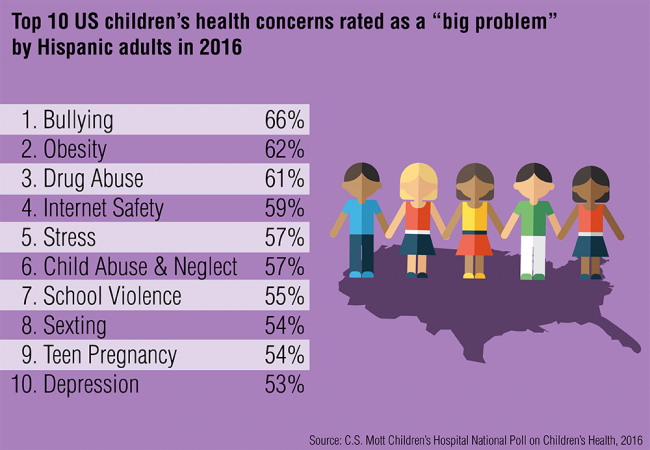 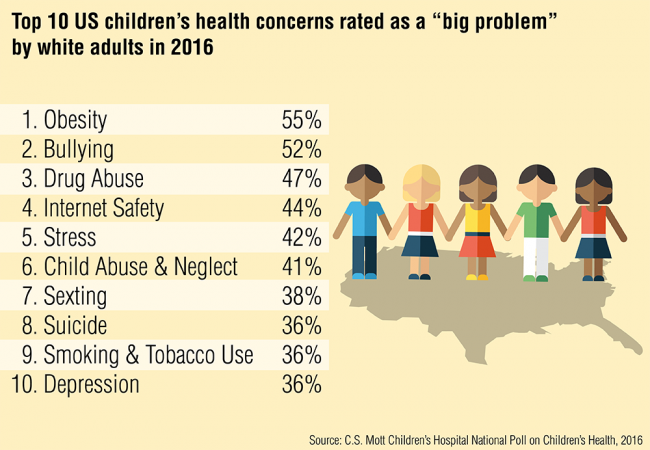 This report presents findings from a nationally representative household survey conducted exclusively by GfK Custom Research, LLC (GfK), for C.S. Mott Children’s Hospital via a method used in many published studies.  The survey was administered in May 2016 to a randomly selected, stratified group of adults age 18 and older (n=2,100). Adults were selected from GfK’s web-enabled KnowledgePanel® that closely resembles the U.S. population. The sample was subsequently weighted to reflect population figures from the Census Bureau. The survey completion rate was 63% among panel members contacted to participate. The margin of error is ± 3-12 percentage points.