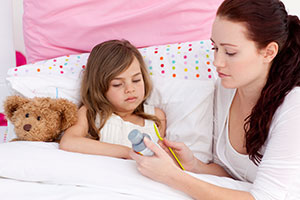 Children typically experience 5-10 colds each year. To try and alleviate symptoms, many parents use over-the-counter (OTC) cough and cold medicines for young children that have not been proven to be effective and can cause serious side effects, especially in young children.

In January 2013, the C.S. Mott Children’s Hospital National Poll on Children’s Health asked a national sample of parents of children age 0-3 years about their use of cough and cold medicines.

Cough and Cold Medicines Given to Young Children

Parents’ use of cough and cold medicines for children under age four did not differ by parent gender, race/ethnicity or by household income. 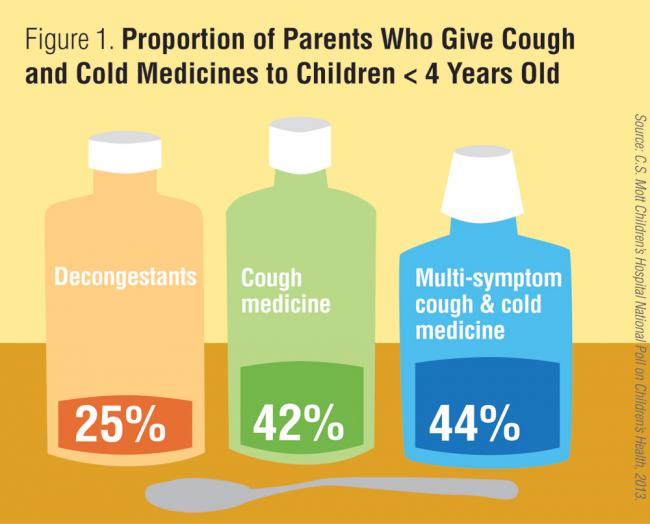 Manufacturers of OTC medicines responded by changing labeling on their products, to specify that cough and cold medicines should not be used in children younger than four years old. The findings of this Poll indicate that many parents of young children may be unaware of this labeling.

It is important for parents and caregivers to read and follow the instructions on medicine labels. If parents have concerns about whether a child has a common cold or something more serious, they should consult the child’s healthcare provider.

This report presents findings from a nationally representative household survey conducted exclusively by GfK Custom Research, LLC (GfK), for C.S. Mott Children’s Hospital via a method used in many published studies.  The survey was administered in January 2013 to a randomly selected, stratified group of parents with a child age 0-3  (n=498) from GfK’s web-enabled KnowledgePanel® that closely resembles the U.S. population The sample was subsequently weighted to reflect population figures from the Census Bureau. The survey completion rate was 57% among the panel members contacted to participate. The margin of error is   ± 8 to 11 percentage points and higher among subgroups. 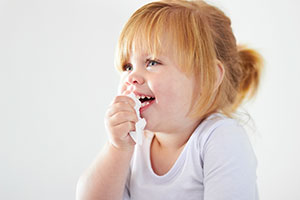 Despite warnings, parents continue to use cough & cold medicines for young kids