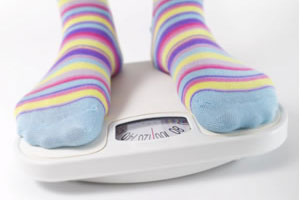 Adults in the US rate obesity as one of the 3 most important health concerns for children (National Poll on Children’s Health, Vol 1, No. 2). It is critical to address obesity in the childhood years -- at home, and in schools and in other community settings. But in order to address childhood obesity, parents must recognize that children have excess weight for their height. Parents must also be concerned enough to want to do something about their children's obesity.

Based on parental responses to the C.S. Mott Children’s National Poll on Children’s Health, obese children age 6-17 are more than twice as likely to have asthma (29%) than healthy weight children (12%). In addition, children were more likely to be obese (34%) when parents rated their child’s physical health status as good, fair, or poor compared with children who were rated in excellent or very good health (8%).

Although overall only 27% of all parents of obese children age 6-17 are “very concerned” about their children’s weight, 84% of these same parents believe it is “very important” for doctors to address obesity with adolescents during routine check-ups. 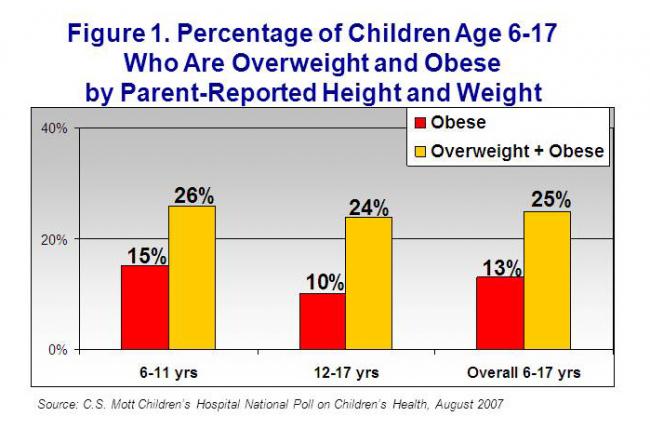 Based on parent-reported child height and weight in this C.S. Mott Children’s Hospital National Poll on Children’s Health, 25% of US children age 6-17 are either obese or overweight in 2007. This estimate is somewhat lower than prevalence (35%) estimated from recent national studies in which children’s height and weight are measured in person. This discrepancy suggests that parents may have under-estimated their children’s weight and/or over-estimated their children’s height in response to this poll.

It is very apparent from these results that there is a stark mismatch between children’s obesity status and parents’ perceptions of whether their children’s weight is appropriate for their height, especially among parents of obese children 6-11 years old. Parents who do not recognize obesity in their children, or who are not concerned even if they do recognize obesity, may be less inclined to help modify their children’s diet and physical activity patterns. Without parents’ help, school and community efforts to mitigate the childhood obesity epidemic may have limited success.

Health care providers can play an important role in helping parents to recognize obesity, and take steps to modify a child’s diet and activity levels. The National Poll on Children’s Health found that the vast majority of parents of obese children believe it is very important for doctors to address obesity with adolescent patients during routine check-ups. Parents’ willingness to discuss obesity at their children’s medical appointments indicates that many parents view doctors as a welcome source of information about strategies for working on obesity. This attitude may stem from parents’ recognition that obese children are at higher risk than healthy-weight peers for health problems such as asthma. 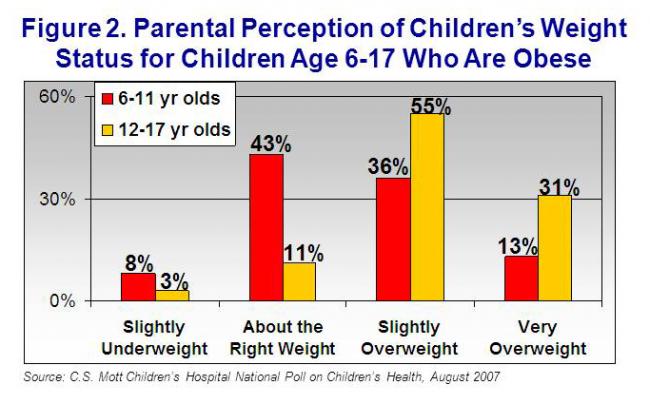 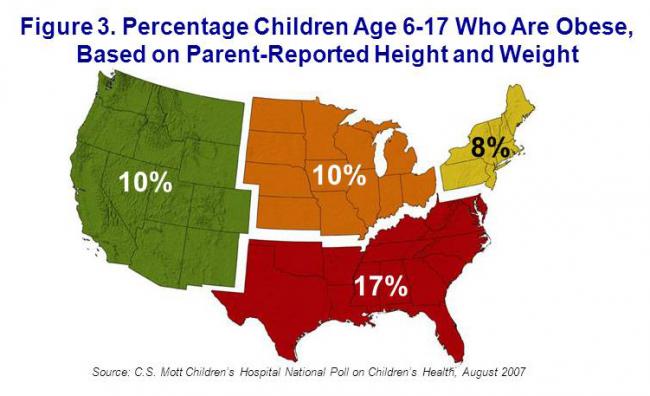 This report presents findings from a nationally representative household survey conducted exclusively by Knowledge Networks, Inc, for C.S. Mott Children’s Hospital. The survey was administered from July 20-August 9, 2007, to a randomly selected, stratified group of adults aged 18 and older (n=2,060) with and without children from the Knowledge Networks standing panel that closely resembles the U.S. population. The sample was subsequently weighted to reflect U.S. population figures from the Census Bureau. About two-thirds of the sample were parents. The response rate was 71% among Knowledge Networks panel members contacted to participate.