Retail clinics: An emerging source of health care for children 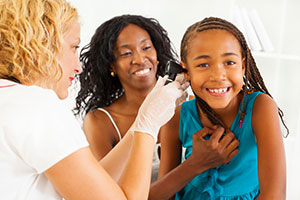 Retail clinics: An emerging source of health care for children

Retail clinics advertise convenience for consumers, short wait times without a need for an appointment, and prices lower than emergency departments and urgent care clinics. On the other hand, groups such as the American Academy of Pediatrics have been critical of retail clinics because they can draw children away from their usual doctors’ offices, thereby disrupting communication between parents and physicians about children’s health.

Past and Future Use of Retail Clinics for Children

Past and future use of retail clinics for children did not vary by child’s insurance status or by region of the country.

Among parents who have never used a retail clinic, but have one in their community, one out of seven indicated that they are likely or very likely to use a retail clinic for their children in the future.

These patterns were not different for children with insurance versus those without.

Retail clinics have become known as places where the uninsured can get health care at relatively low cost. But most retail clinics also contract with health insurance plans, so that patients with insurance can also get care in the retail clinic setting and their plans will pay for part or all of the visit. 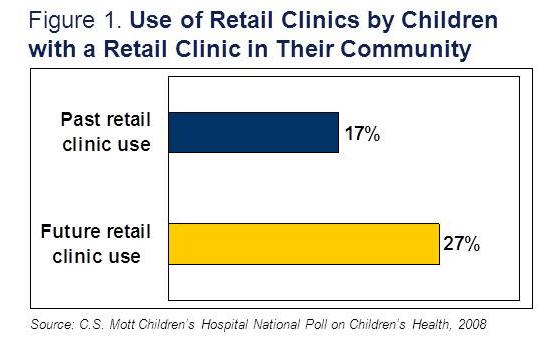 Because the costs of retail clinic care are less than care in emergency rooms for the same health problems, these results may be welcome news as families and health insurance plans struggle with high health care costs. On the other hand, when retail clinic visits replace care that would have been provided at doctors’ offices, questions arise about how well care is coordinated across different sites. Unless doctors’ offices convince parents that they are as convenient and accessible as retail clinics, we are likely to see parents opting for retail clinic care in the rapidly increasing number of communities where such clinics have opened. 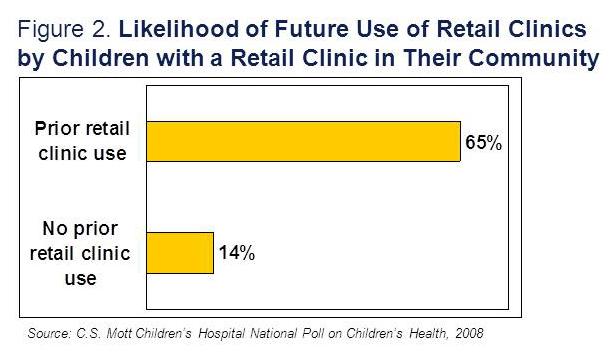