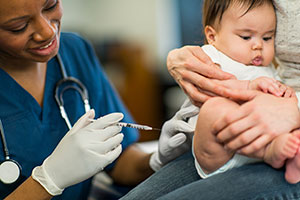 Outbreaks of measles and whooping cough in 2014 and early in 2015 have sparked national conversations about the benefits and risks of childhood vaccination. In particular, a multi-state outbreak of measles linked to an amusement park in California in 2015 caused widespread concern. In fact, this outbreak followed 23 separate outbreaks of measles in the U.S. in 2014.

The majority of cases of vaccine-preventable diseases occur in unvaccinated individuals. As a result, many medical professionals and public health experts encourage timely vaccination of children and adolescents. However, some parents remain concerned about potential risks of vaccines for their children and seek exemptions from school and daycare entry requirements that exist in all states.

In May 2015, we asked parents across the U.S. for their opinions about the benefits and safety of vaccines, compared with one year ago. Parents were also asked about their perceptions of the risk of measles and whooping cough for children in the U.S.

Compared with one year ago, 35% of parents more strongly support vaccination requirements for daycare and school entry, while 6% are less supportive and 59% say their support has not changed. 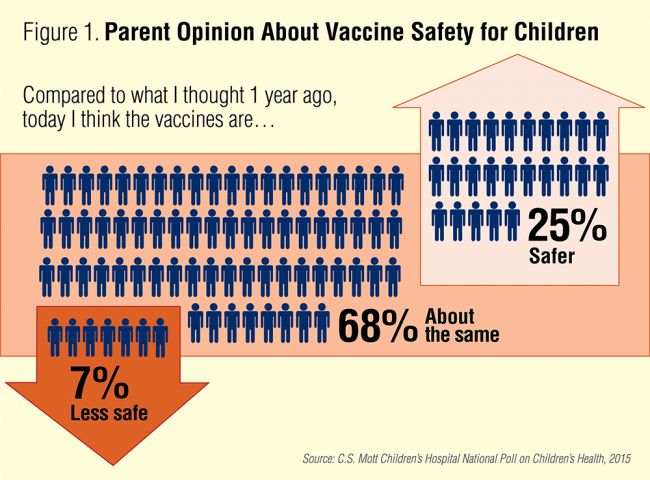 Outbreaks of diseases that can safely be prevented through routine childhood vaccination have become more common in the U.S. over the last several years. Such outbreaks have led some states to propose and enact new legislation regarding vaccination requirements for daycare and school entry. However, deeply held convictions about parents’ autonomy and remaining concerns among some parents about vaccine safety have led to continuing debates among parents and policymakers.

In this Poll, we measured parents’ perceptions of the benefits and safety of childhood vaccines now versus one year ago. While the majority of parents said that their perceptions had not changed, a much larger proportion of parents said they now think that vaccines have more benefits than the proportion of parents who think vaccines have fewer benefits. We found a similar pattern for parents’ beliefs about vaccine safety. We also found that more parents believe that the risks of pertussis and measles have increased over the past year, than parents who believe such risks have decreased.

These Poll results may indicate that outbreaks of diseases such as whooping cough and measles, and information from various sources about related issues such as vaccine benefits and safety, are influencing the opinions of one-quarter to one-third of parents across the U.S. toward stronger belief in the positive aspects of vaccines. Comparatively small proportions of parents say that their perceptions are shifting in the opposite direction.

Ultimately, the impact of such shifts in parents’ beliefs will be measured by how many children are vaccinated in the months and years ahead. Outbreaks of vaccine-preventable diseases may be leading parents to perceive greater benefits and safety of childhood immunizations, but beliefs must translate into vaccination in order to realize the community-wide protection that vaccines offer.

This report presents findings from a nationally representative household survey conducted exclusively by GfK Custom Research, LLC (GfK), for C.S. Mott Children’s Hospital via a method used in many published studies.  The survey was administered in May 2015 to a randomly selected, stratified group of parents age 18 and older with at least one child age 0-17 (n =1,416) from GfK’s web-enabled KnowledgePanel® that closely resembles the U.S. population. The sample was subsequently weighted to reflect population figures from the Census Bureau. The survey completion rate was 55% among panel members contacted to participate. The margin of error is ±2 to 3 percentage points. 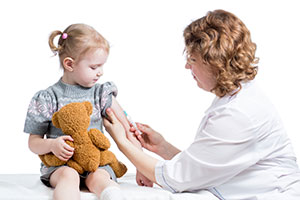