After an 11-year-old Michigan boy found out his girlfriend had committed suicide, he took his own life as well. But the information about his girlfriend’s death was false – a hoax started by the girl herself that the boy believed to be true.

This tragic event has sparked a conversation about cyberbullying: what is it and how should it be punished, especially when the bullies are children themselves?

Parents of teenagers in a Mott Poll were conflicted about what actions should be considered cyberbullying:

Parent views on how to punish cyberbullying also varied, with the most severe punishments recommended for students who post online rumors about having sex at school: 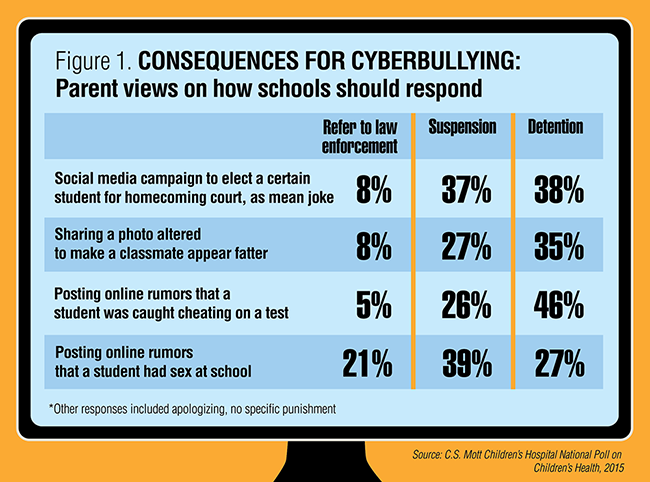 These Mott Poll results highlight the conflict parents feel in responding to cyberbullying. Although the impacts of cyberbullying can be very profound, there is not a consensus on how to define it, punish it, or prevent it from happening in the first place.