Each June we celebrate Father’s Day in recognition of the unique role that fathers play in their children’s lives. However, some fathers face criticism and second-guessing about their parenting choices. Our June Mott Poll report asked fathers of children 0-13 about their perceptions of being criticized about their parenting style. Parents and media across the country have been discussing this criticism and the impact it can have on fathers. Here’s a roundup of the conversation.

Fathers in the Mott Poll reported that the most common source of criticism was the child’s other parent. This was highlighted in a Michigan Radio story, “Daddy-shaming” affects half of fathers, Mott poll says. Reporter Caroline Llanes noted that criticism from a child’s other parent can cause conflict between parents over the “best” way to parent. Mott Poll co-director Sarah Clark, MPH suggested conversation to mediate these differences: “Maybe call in an expert source: the pediatrician said this, or here’s the baby book that says this…Just respect that different parents have different styles for engaging with their kids.”

Some fathers in the Mott Poll reported negative feelings toward criticism, including feeling less confident and wanting to be less involved as a parent. Pediatrician Perri Klass, MD discussed these consequences in a piece for the New York Times, The damage of dad shaming. Dr. Klass noted that fathers often feel excluded from communications about their children, and doctors and teachers often assume they are not knowledgeable about their child’s well-being. Dr. Klass suggests pediatricians, teachers, and other providers make an effort to avoid the assumptions that fathers aren’t as knowledgeable about their children as the mothers. Making these assumptions “can really undermine both their confidence and their level of engagement,” said Clark.

On a positive note, many fathers responded to criticism of their parenting style in a positive way, such as making a change to some aspect of their parenting or seeking out information or advice on the topic of criticism. This was featured in a TODAY Show article, Dad shaming is a real thing – and it happens to more men than you might think. Journalist Ronnie Koenig pointed out that often times criticism can be warranted, especially if the health and well-being of the child is in question. “Before criticizing, consider the issue,” Clark suggests. “Absent a health or safety issue, try to remember that different is not necessarily wrong, and that children benefit from engaged and involved fathers.” 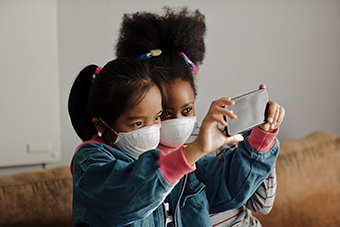 Top health concerns for kids in 2020 during the pandemic