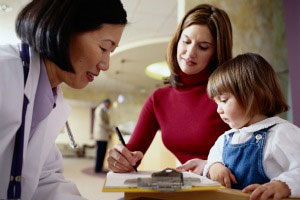 Parents and physicians want medicines for children that are safe and effective. Research involving children is critical to identifying medicines that work best for children, in order for the Food and Drug Administration (FDA) to give approval for those medicines for use in children.

There are many challenges to doing research involving children. Perhaps most important is that parents must be convinced that their children will be safe in the research studies. Additionally, parents must understand that having children in research is essential to discover the safest and most effective doses of medicines for children. Figuring out what parents think of child participation in research, and reasons to participate or not to participate, was the goal of this poll.

Participation of Children in Research

In December 2007, the C.S. Mott Children’s Hospital National Poll on Children’s Health asked adults if they themselves or their children have ever participated in clinical research:

Parents were asked if they were willing to allow their children to participate in research involving a new medication, after the medication had been shown to be safe in adults. 30% of parents said they would allow their children to participate. This is substantially less than the proportion of parents (77%) who want their doctor to prescribe only medicines that are FDA-approved for use in children, which was measured and previously reported from the same poll (NPCH, Vol. 3, Issue 4, April 2008) (Figure 1).

Parents’ Reasons For Children To Participate

Parents’ Reasons For Children Not to Participate 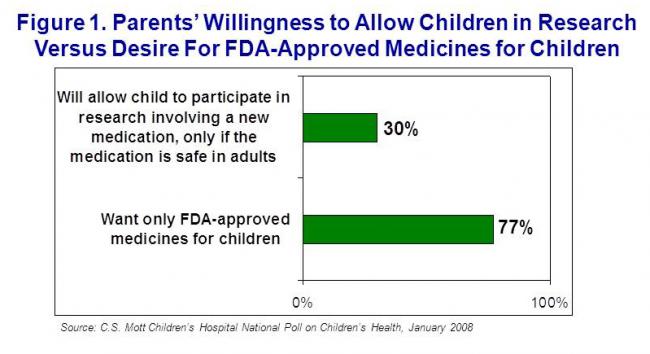 Medical research is critical to the process of making sure prescription drugs and vaccines are as safe and effective as possible for children. Because most parents want only FDA-approved medicines for their children, we know that parents value the information that comes from research. However, there is a large gap between the proportion of parents who want safe medicines and the proportion who are willing to have their children participate in the medical research that  would produce information about medicine safety. That gap ultimately leaves parents with less information about medicines than they themselves want.

These findings are exciting for researchers and for groups who want to see children's participation in research increase, in order to find more cures and better therapies. However, expanding children’s participation in research will likely require a substantial increase in funding from the federal government, non-profit groups and private industry.

Researchers should keep in mind several important factors involving children in research, from parents' point of view. Safety is unquestionably the most  important factor in parents’ minds. Also, many parents are reluctant to have their children participate in research if they perceive they will be “guinea pigs". Large numbers of parents remain unsure about having their children involved in research. Parents may be more willing to have their children participate if they better understand the systems put in place to help ensure that studies involving children are safe. Doctors play an important role and can help parents understand these systems and weigh the risks and benefits of participating in research. 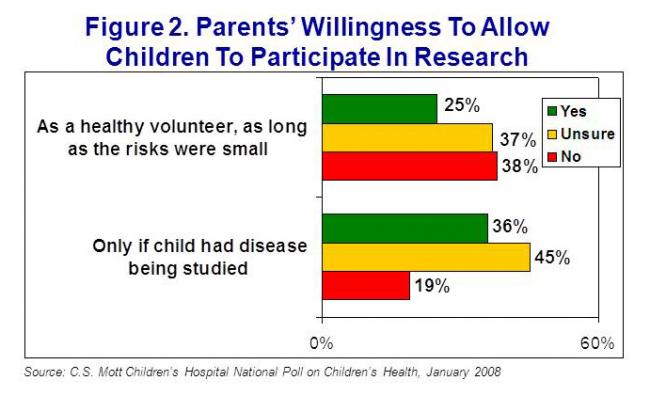 Download infographic:051208MedicalResearch3.jpg
Media Coverage
Press Releases
May 12, 2008
Would you allow your child to participate in medical research?
News Articles
Methods